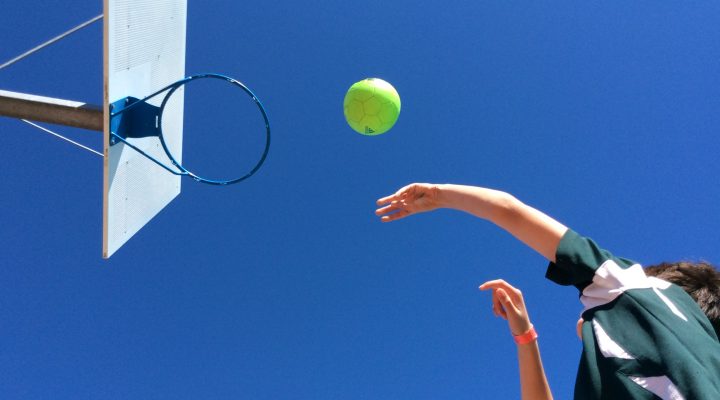 Maungatapu Primary School has a variety of sporting opportunities, ranging from Athletics to Rippa Rugby.

The school sports and extra-curricular activities, provide students with valuable learning experiences. From trying new sports and playing sports they enjoy, to developing and strengthening a range of skills, as well as learning valuable social skills, and the opportunity for students to create and enhance friendships.

Our School’s sports could not be run without the help and support of our parents and whanau. We are always looking for passionate family members to coach or manage our teams, or volunteer at our school run events. There is no experience required, time commitment is minimal. It is an awesome, positive experience, plus your child will love having you involved. If you would like further information in regards to coaching or managing a Maungatapu Primary School Sports Team please email the Sports Coordinator at sports@maungatapu.school.nz

Basketball is available for years 0 to 6 students, in Terms 1, 2, 3 and 4.  It is run by Tauranga City Basketball.  There are currently three leagues – Summer Basketball, Winter Basketball and Spring Basketball.

It is a fun, safe way to introduce your child to the game. This team sport promotes team work, ball skills, communication and is a lot of fun.

Year 0, 1 and 2 – ‘Little League’ games are 22 minutes long and played on half a basketball court. To ensure players get to handle the ball there are only 4 players on the court. The primary objective of the league is for players to have fun, whilst learning the concept of a team game and developing basic basketball skills in a safe environment.

Year 3 and 4 – ‘Miniball’ games are played in 2 x 12 minute halves and are played on a full sized basketball court. They are played with 5 players on the court. The primary objective of the league at this age level is to develop young player’s skills in a safe, encouraging and positive environment.

Year 5 and 6 – Basketball games are played in 4 x 10 minute quarters and are played on a full sized basketball court. They are played with 5 players on the court. At this level the game is played on full size hoops, and with normal basketball rules.

Tennis is available for years 0 to 6 students, in Terms 1, 2, 3 and 4. It is run by Peter Blow from the Papamoa Tennis Club.

This is a very popular programme and Peter is a very experienced senior Tennis Coach who offers a fantastic and fun way to learn the skills of Tennis. Peter modifies his skill-based activities so that children can pick up the skills easily and quickly.

Tennis is available for years 0 to 6 students. Sessions are held on the Maungatapu Primary School Courts on a Thursday morning, before School starts, from 8:00am to 8:55am.

Air track tumble classes are on offer to our tamariki at Maungatapu school. The 1 hour session is delivered by trained coaches from the Gymnastics Academy which is run by Marie Connolly. It is open all ages, beginners through to advanced with participants receiving a graded certificate on completion. Classes are offered Tuesdays after school over all terms.

Marie’s knowledge in this area is extensive and the programme focuses on movement and motor skills.

“I would like to see more children improving their fundamental motor skills, increasing their confidence and participating in recreational gymnastics from an early age. Children who are confident with their movements are more likely to participate in active play and live a healthy lifestyle.” (Marie Connolly)

Football is available to all year levels and is delivered by Waipuna Football Club. We currently offer this in term 1 and 4. Football is a very popular activity at Maungatapu and this shows in the number of teams that we are able to register each term. Teams fill up fast.

The goal for this league is to provide a fun and friendly playing environment for everyone involved. It is not a competition, simply a platform where children can have a run around with their friends or giving some a chance to learn a new sport.

Kiwi Volleyball is available for year 3, 4, 5 and 6 students, in Term 1 and Term 2.  It is run by Tauranga Volleyball Association.

The modified rules used in Kiwi Volleyball are a fantastic, easy and fun way to introduce your child to the game. Volleyball is a great way to improve your child’s hand-eye coordination, reflexes and balance.

Kiwi Volleyball is available for year 3, 4, 5 and 6 students.  Games are played at QEYC, Memorial Park on a Friday afternoon from 3:30pm onwards.

Rippa Rugby is available for year 0 to 6 students, in Term 1 and Term 2.  It is run by BOP Rugby.

Rippa Rugby is available for year 0 to 6 students.  Games are played at Waipuna Park, Welcome Bay on a Thursday afternoon between the times of 4:00pm and 6:00pm.

Hockey is available for years 0 to 6 students, in Term 2 and 3. It is run by Tauranga Hockey Association, and varies for each age group.

The aim of the programme is to provide greater focus on skill sets across the age groups, so as to prepare players to better cope with the later competitive programmes. The fast paced nature of Hockey helps improve balance, coordination, team work, communication and endurance.

Year 0, 1 and 2 – ‘Fun Sticks’ is a fundamental skills programme. Children rotate around various skill stations then finish with mini games.  ‘Fun Sticks’ is on a Saturday morning at Tauranga Boys College Hockey Turf, from 9:00am till 10:00am.

Year 3 to 6 – ‘Small Sticks’ is the competitive hockey league. Games are played on smaller fields and with less players and modified rules, in order to improve their skills and enjoyment for the game.  Year 3/4 teams play in the ‘Kiwi Sticks’ League, Year 5/6 team’s play in the ‘Mini Sticks’ League.

Games are played on a Saturday morning between 8:40am and 12:40pm.  Most games are played at Tauranga Hockey Centre, Kawaka Street, Mt Maunganui. Occasionally games are held at Bethlehem College and Tauranga Boys College.

Netball is available for years 0 to 6 students, in Term 2 and 3. It is run by Harbourside Netball Association.

The main focus of ‘future FERNS Netball’ at a Primary School level is on skill development. Player rotation is compulsory, so all players can try different positions on the court, and learn all the skills necessary to enjoy the game. Netball is a great way to improve your child’s hand-eye coordination, reflexes and balance

Year 0, 1 and 2 – The focus for this age group is on exploring Netball. It allows players to catch, pass, and shoot from day one, providing a fun introduction to Netball. Children work through various skill-based activities then finish with mini games. The games are played on a third of the netball court and have 4 players on the court with modified hoops.

Year 3 and 4 – The focus for this age group is on learning the basics of Netball. It is designed to be fast and fun, maximising participation and touches of the ball. With modified equipment and less players on the court the game is less complicated. The games are played on two thirds of the netball court and have 5 players on the court with lowered goal posts.

Year 5 and 6 – Netball continues to be modified for this age group. Players rotate to prevent early specialisation in positions. The emphasis is on all players getting plenty of touches of the ball and the opportunity to develop a broad skill set. The game is played on a full sized netball court with lowered goal posts and has 6 players on the court.

Games are played at Harbourside Netball Courts, Mt Maunganui on a Saturday morning.

Ka mahi koe, e te tamariki moe pori. Meaning – ‘Well done, youngsters who sleep near their relatives’. In Maori society it is recognised that one who stays close to his parents and their friends will probably become well-versed in local history and traditions.